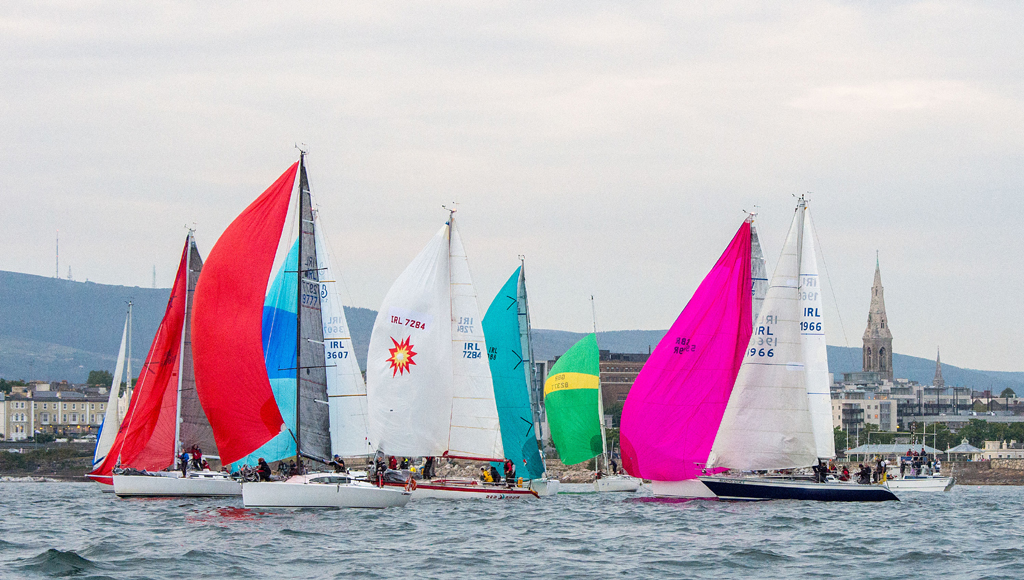 In 2020 the National Yacht Club will celebrate 150 years of sailing in Dun Laoghaire Harbour and Dublin Bay.

Founded in April 1870 as the Kingstown Royal Harbour Boat Club, the National Yacht Club has a proud history of serving its own sailing community and supporting the wider development of Irish sailing.    For its services to the State, it is the only Irish yacht club permitted to use the National Harp as its emblem. An official history of the Club written by the club sailing historian, Donal O’Sullivan will be launched during the year.

The focus of the anniversary year will be on commemorating the history of the club and celebrating the endeavours of the past and current membership.  The Club’s 150th Celebration Committee under the Chairmanship of former Commodore Ronan Beirne has been working on ambitious plans for celebrations both on and off the water.

The main event of the year will be the Club’s Sesquicentennial Regatta, held in association with DBSC and ISORA, over five days from 10 – 14 June.  The programme under Regatta Director Con Murphy will cater for the DBSC racing series, offshore racing boats and dinghies in racing over three evenings and one day followed by an NYC family sailing/activity day.    Entries from around Ireland and abroad are encouraged to participate in this celebratory event. The NOR will be published shortly and DBSC have kindly agreed to give visitors temporary membership to race in DBSC’s Thursday evening races.

Once again Saturday’s Regatta sponsor is Davy who are generous supporters of Irish sailing in the NYC.

The Club will also host the Irish Sailing Pathfinder Women at the Helm national regatta  on 29-10 August. Having hosted the inaugural event in 2019, the NYC is delighted to have the opportunity to build on the success to date of this celebration of women in sailing     The NYC has been to the fore in developing Women on the Water initiatives and generally encouraging the involvement of women in leadership roles in sailing. It is hoped to have even more entries than last year to help celebrate the Club anniversary.

Planned anniversary events ashore include a series of festival and celebration with emphasis on members enjoying their club.

With current membership at over 1,000, the NYC is a vibrant hub of family sailing with members competing at the highest levels of national and international sailing competition.    Club members Annalise Murphy and Finn Lynch, currently campaigning for Tokyo 2020 are great ambassadors for Irish sailing and an inspiration to young sailors.

Commodore Martin McCarthy emphasises how the NYC has been at the forefront of youth sailing with thousands of youngsters over the years learning the invaluable life skills of sailing and seamanship.  “We want to celebrate that. We also want to celebrate the volunteers who give freely of their time and expertise to train and inspire the next generation. We are also delighted with the increase in young people staying with or returning to sailing.    They are currently leading the resurgence of Match and Team racing across the harbour in Dun Laoghaire– and bringing a new cadre of sailors to the National Yacht Club. These young people are the future of sailing and we want to celebrate their involvement during our anniversary year.

Full details of the 150th Anniversary program are on www.nyc.ie