John & Alan, sailing Phoenix, retained their 2020 title by a huge margin of some 16 points overall in the 22-boat fleet at Strangford Lough.

There was a three-way point tie for second place overall, with National Yacht Club new members Shane McCarthy and Andy Thompson finishing as runners up. Locals Peter Chamberlain and Hammy Baker were third.

Seven boats travelled from the National Yacht Club for an event that was run in challenging light airs and with great hospitality of the host club and event sponsor.

John & Alan have since been declared Afloat.ie inshore sailors of the month for August. John started his sailing as an Optimist in the National Yacht club Junior section. 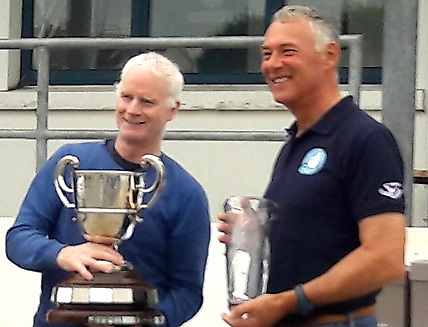