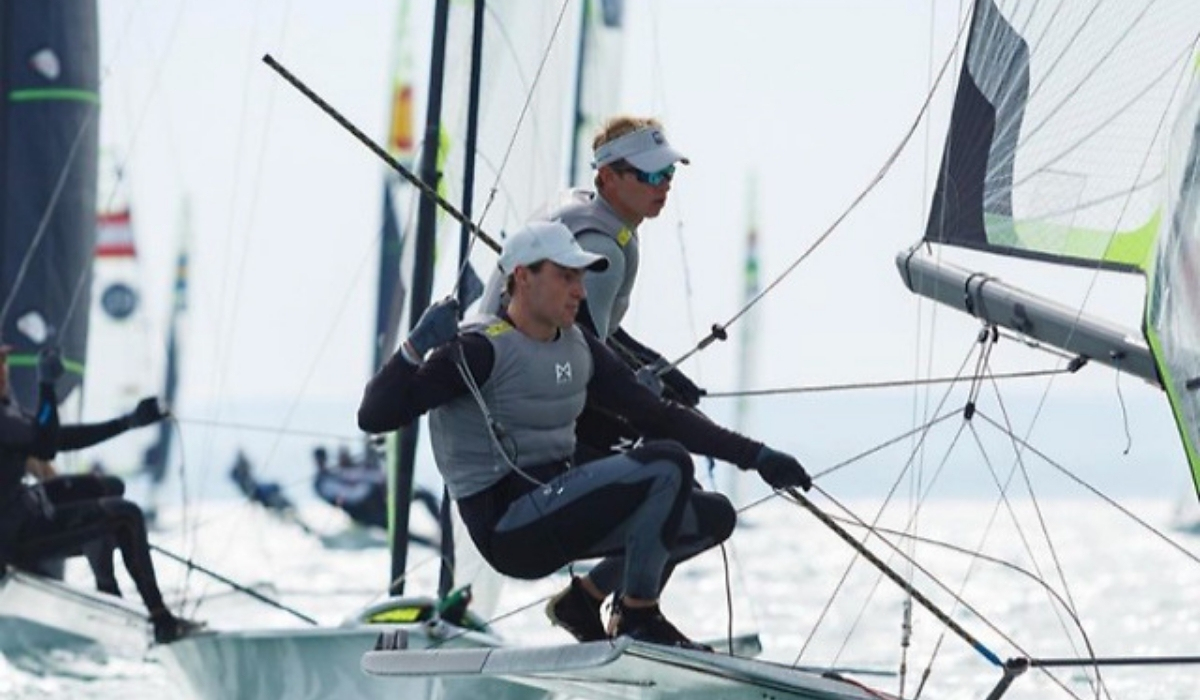 The National Yacht Club was the theatre of the ballet of ‘flying boats’ with the annual lift-out last Saturday. 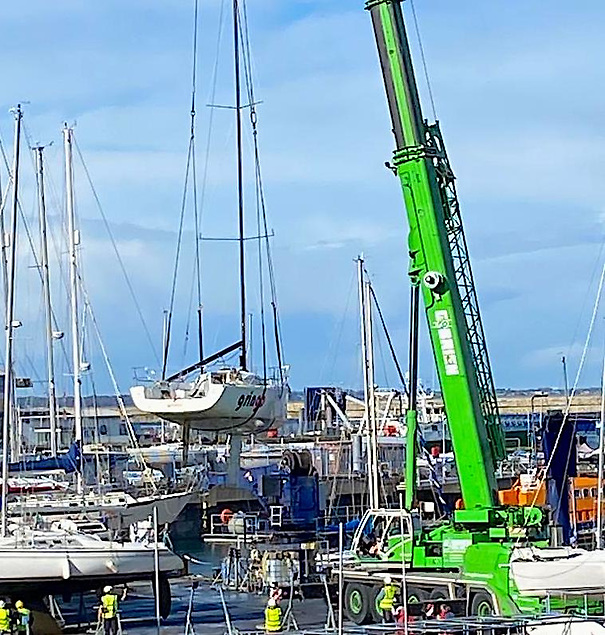 The annual lift out of cruisers was completed at the National Yacht Club in ideal conditions Photo: Afloat

The very windy forecast did not fully materialise, allowing the operation to run smoothly.

If sailing activities from the club stopped, it certainly did not prevent many National YC sailors from going away and competing at various regattas around the country. 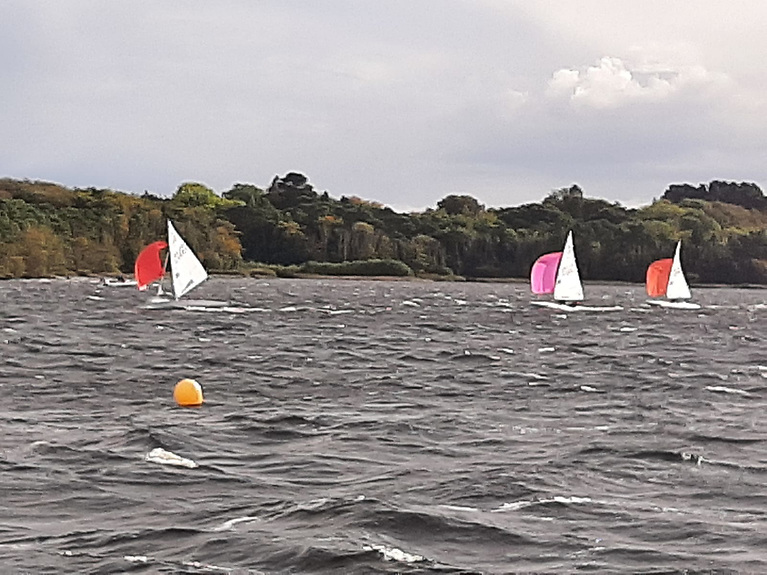 Six partnerships from the National Yacht Club took part in the Flying 15s 19-boat fleet at the Lough Derg YC keelboat regatta, and it was very windy on Saturday (above)

The Lough Derg YC keelboat regatta was sailed in Dragons, Squibs, SB20 and Flying 15. Six partnerships from the club took part in the Flying 15s 19-boat fleet as Afloat reported here and here

Saturday was a very windy day on the lake, and only the Flying 15s launched for two insane races in big breezes. Only nine boats completed both races and despite four capsizes, no major gear failures were recorded. NYC sailors Tom Galvin and Keith Poole took the lead on the night with a 3-1 score.

Sunday was certainly a more manageable day, and four races were completed to bring the tally to 6. With three wins and a second, John Lavery and crew Alan Green dominated the day climbing right back to 4th overall despite their two DNC collected on day one. 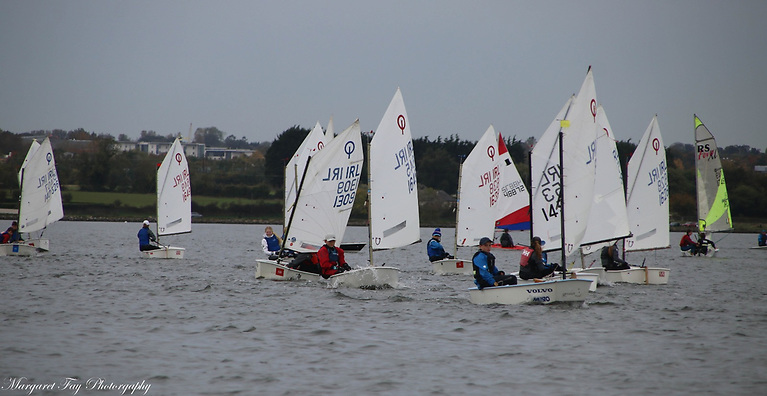 The Malahide Dinghy regatta 2022 was at full capacity, and it made for a great Sunday afternoon on the water on the Broadmeadow. 3 races were completed for all series (Optimist, ILCA4, ILCA6, ILCA7, Topper and a PY class).

The 28 boats Optimist fleet proved very competitive, and it is eventually local sailor and reigning National champion Conor Cronin who took the win. NYC sailors were solid all around, with six sailors in the top 12, Gemma Brady being the club’s best finisher in third overall and top lady. Not far off in 5th was nine-year-old fast-progressing Aurèle Dion, who had led the initial race but was unfortunately outpaced by Cronin just before the finish.

NYC results from Optimist at the Malahide Dinghy Regatta 2022 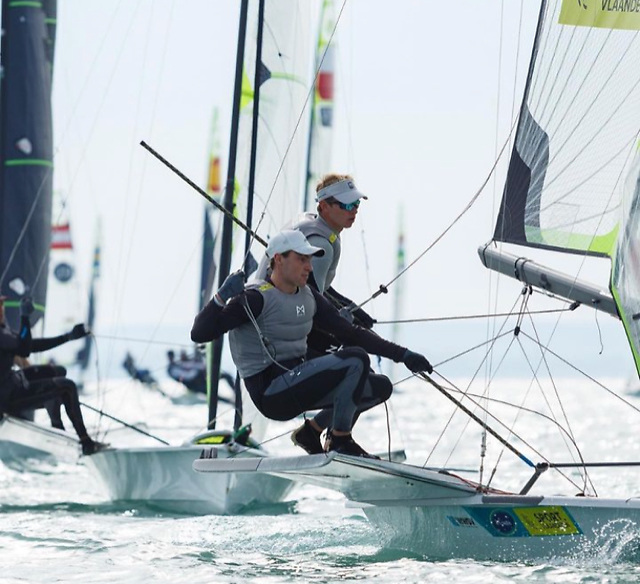 Nathan Van Steenberge competed at the 49er U23 Europeans in Hungary

Nathan Van Steenberge competes at 49er U23 Europeans in Hungary

Further afield, NYC skiff ace Nathan Van Steenberge competed at the 49er U23 Europeans in Hungary. He was crewing in a multi-country partnership under the Belgium flag, taking a superb Bronze medal just missing silver on countback. He now has just a few days to catch up on college work before heading to Garda for the 29er Eurocup finals with his sister Clementine. They will be joined by two other NYC partnerships Ben O’Shaugnessy / Ethan Spain and Lauren O’Callaghan / James Dwyer. The event will prove very competitive, with 160 boats confirmed and the nearest thing to a 29er world ranking (overalls in the Eurocup 9 events circuit 2022) at stake.